The Cypress-Klein Utility District began in the mid-1970’s as part of the development of the Wimbledon Estates subdivision. Today the district serves approximately 900 residence and business customers.

The district serves Collins Park, the Courthhouse Annex, and the Barbara Bush Library.

A five-member Board of Directors govern the Cypress-Klein Utility District. Directors serve a four-year term and are elected by the general public. The Board defines the objectives, set policy, and provide management oversight of the district. The Board has specific powers granted by state law. The details of these powers can be found in our Links section of the website. 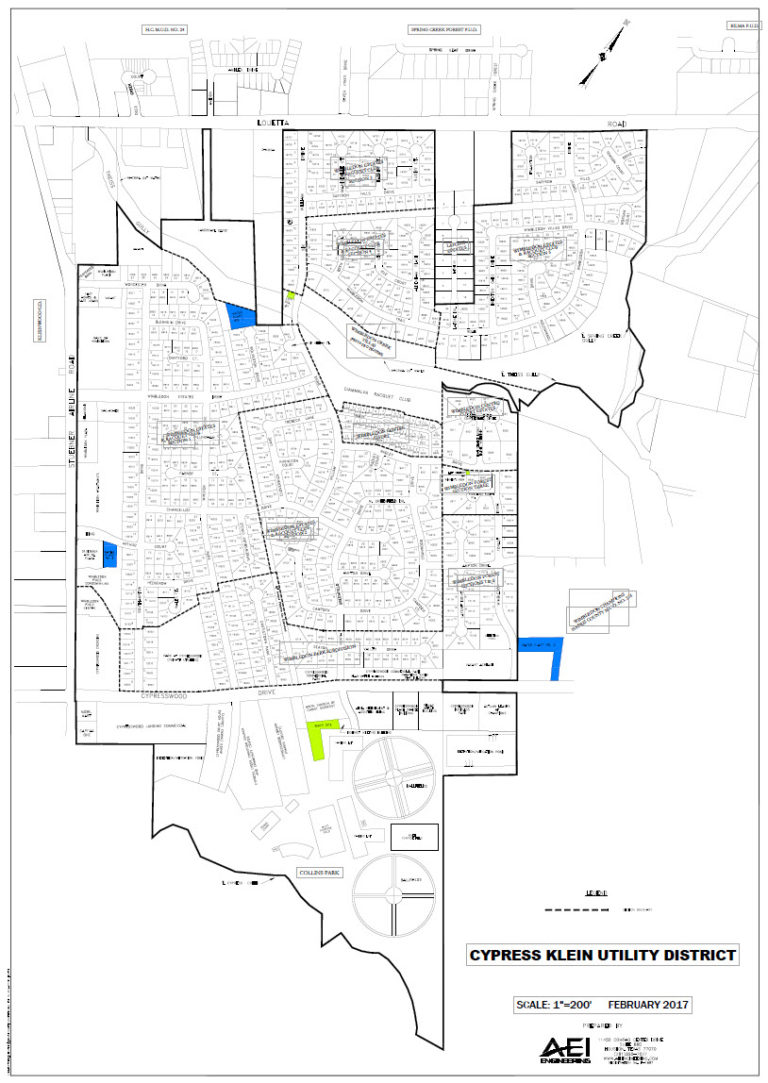 The services provided by Cypress Klein Utility District are limited and defined by state regulations. The district vendors strive their best to provide those services to you and the Board of Directors is here to make sure those services are made available around the clock and in the best way possible. The district welcomes your feedback.

The services provided by Cypress Klein Utility District are:

For persons with questions or needing help regarding website accessibility, or to request the provided information in alternative formats, please call (832) 463-0231.